Hey guys! Those bangs that we learnt about in the last post lasted for billions of years.

We know how the stars die.

That leaves us to the question, what happens next?For that, we have a simple yet fascinating answer.

They leave another stellar nebula with or without a remnant (mostly in the form of a white dwarf/neutron star/A Black hole).Neutron stars don’t do much they just burn to death slowly. Black Holes are pretty darn interesting!They rule our galaxy, and pretty much everything in it, including us. They are the strangest things in the whole universe.

Fortunately, scientists have reduced the strangeness of them significantly. These black holes are generally created/ formed when stars die. Black Hole: Black Hole is a stellar mass which is extremely dense, that, even light can’t escape from the gravity they produce. 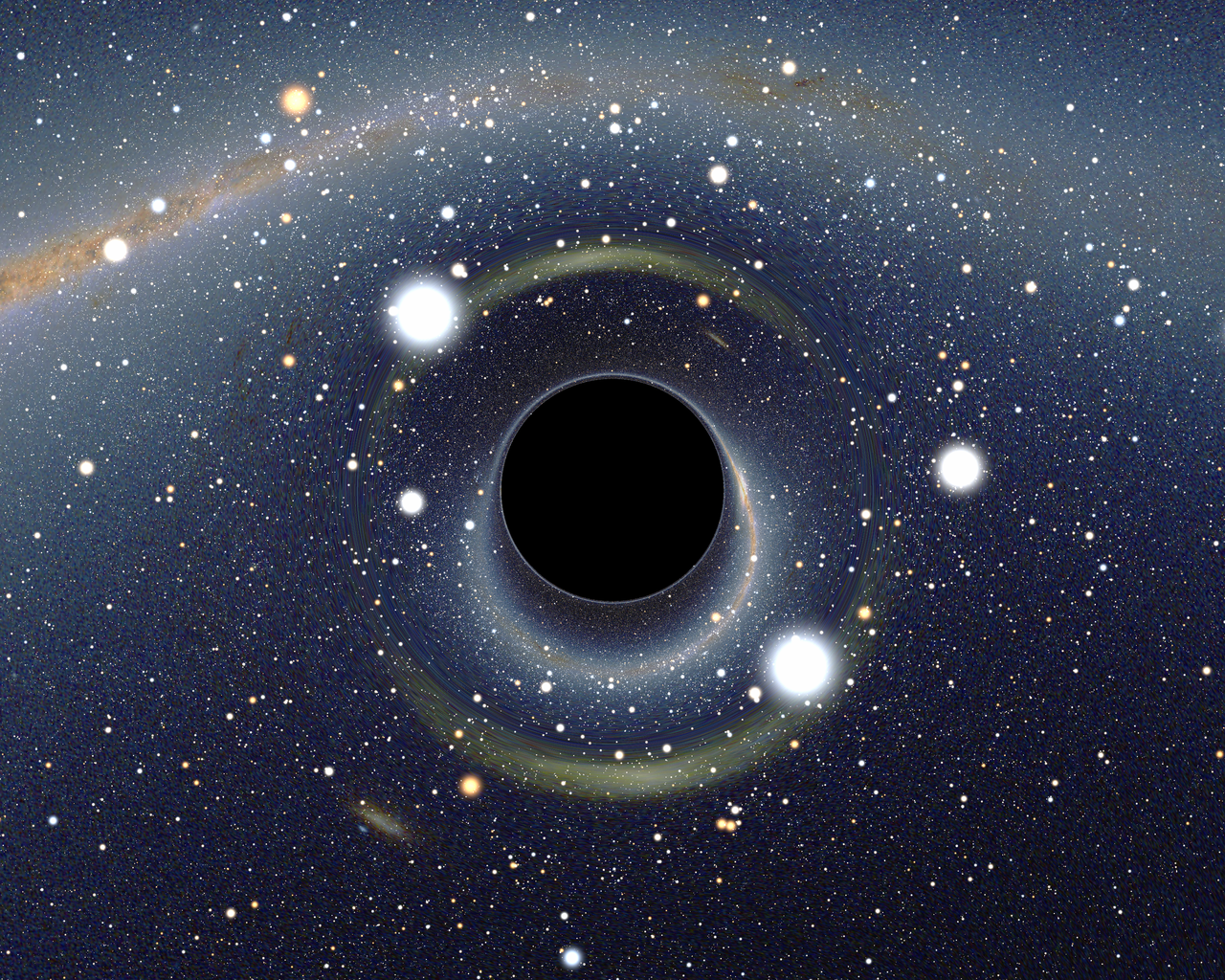 As even the light can’t escape; it is hence dark and called as “Black” hole. Though we can't see it, we can see it. Sounds weird isn't it? That's what black holes are. As shown in the illustrative image, it totally distorts the light coming from the background and hence it can be seen atleast with a telescope. This is called Gravitational Lensing. Another solution for seeing it , is, they emit radiations. We have the technology to see it with special equipments which can show us the various radiating waves.

Being simple, black holes have extreme gravitational pull towards their core that, even light can’t escape the pull.Like all other matters, they also have a core. But they are so dense and small that they merely are the size of an atom (I couldn’t describe it more smaller in words). This core is called the SINGULARITY.

Speaking of cores, our own galaxy and most of the others have cores right? Yes. Special cores. SUPER MASSIVE BLACK HOLES! They have grown into such mass by taking in matter or another Black Hole (Cannibalism !).

That is all about the black hole itself. The following are illustration/instances/examples or whatever, to understand them more deeply and easily.

Cosmos itself is represented by a plane of space time where “stellar” mass can warp it like a ball warping a stretched rubber material. Black holes are extreme warps or warped punctures in the plane. In this warp, there is a point, a point of no return.

This point/ border is called Event Horizon; I call it, "atmosphere" of black holes. Before this point, there is a chance of escape. If entered, there is none.

Imagine that you are entering into a black hole. Before even entering the event horizon, you will be stretched and ripped apart.

This is due to the strong gravity to your “facing-black-hole” side than the other side. This stretching event you or any other thing that undergo, is known as Spaghettification (funny!). Wait! There is a way to enter atleast the "atmosphere". We know that Super Massive Black Holes are HUGE. The huge body is wide-spread- enough to keep a strong space ship intact. This is possible because of the following reason:

Unlike small stellar black holes, their mass is widespread into space. Hence, The warp of space time is more gradual. That is why we are able to achieve same.

While the odds of entering are fair, reaching one is the biggest challenge. The nearest Super Massive Black Hole is 26,000 light years away in the centre of our own galaxy. That's an aweful lot of distance!

Singularity is where the basic physics that WE KNOW breaks apart.

The heat, size and mass of both singularity and the black hole itself are totally unnatural for the known physics/ un-understandable by us.

Singularity is so small and hot that it produces energy near equivalent to the energy produced just after the big bang.

That is it with understanding.

Let’s come to other unique things of them.

Though they don’t allow light to escape, they spit out denser elements than iron which stars can’t produce and which black holes can crush them together to create heavier elements.

The following image is illustrating a quasar. The video  I embedded  in the previous entry show exactly, the quasar at the 50 second mark. (00:50) 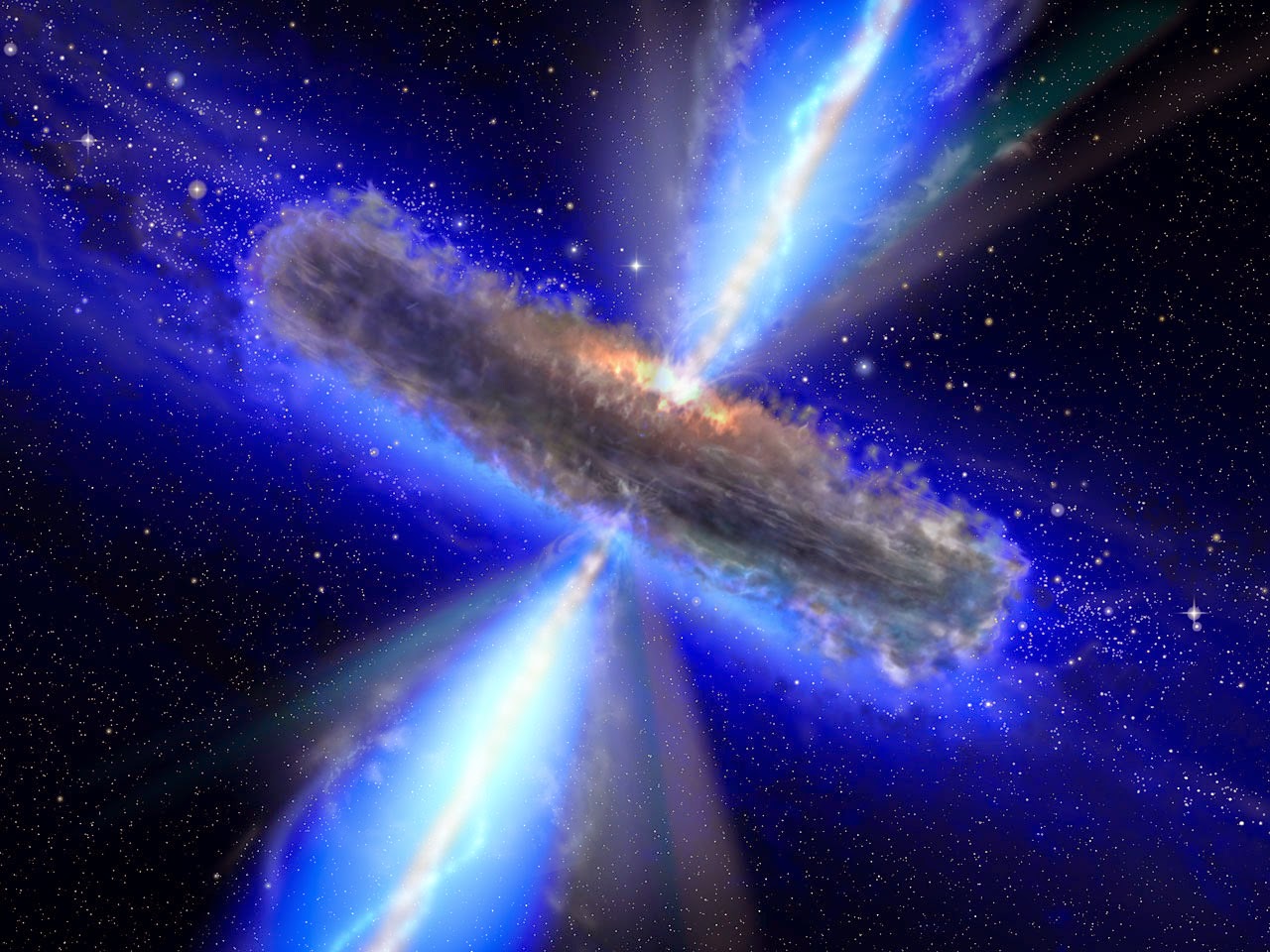 This ”spit” is called Quasar. A Quasar which occurred 7 billion light years away was the brightest event ever recorded in the history of mankind.

Well, speaking of mankind, here's the link for the elemental composition of human body, go to this link and seek for the list of composition.

As you can see there are many elements which are of course heavier than iron.

They are/ must have been created in a black hole and spit out later.

Isn't it surprising that you/we are not only "star" stuff , but also some what "Black hole" stuff? Simplifying black holes, that's the best I could do. It wouldn't be simple or "explainable in letters".

So, that's it for this post.Thank you for reading, I'll Get you on my next post based on technology. Not Science.

Oops, you forgot something.

The words you entered did not match the given text. Please try again.

url=https://dissertationwritingtops.com/ says...
how to write an argument essay


how to write an admission essay for graduate school
https://contest101.webs.com/apps/guestbook/

Reply JamostoowS
8:43 PM on June 5, 2021
You suggested it perfectly.
https://writingthesistops.com/
how can i write a good essay
help thesis writing
how to write a application essay